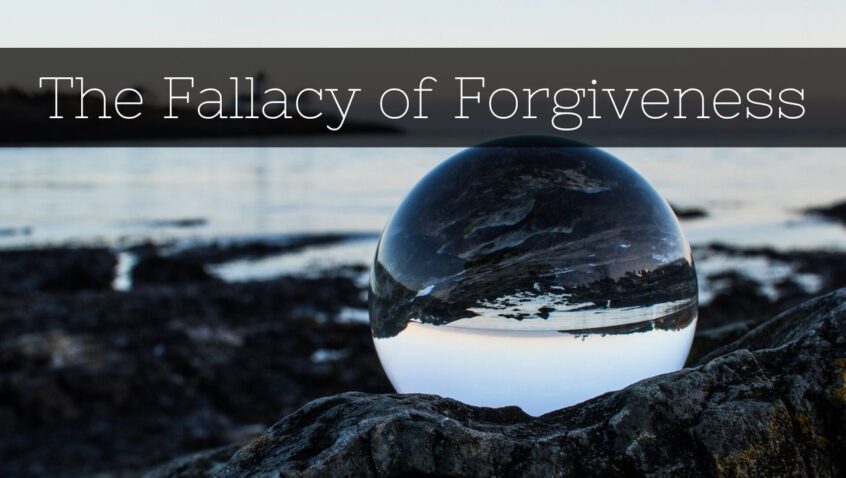 We live in such a unique and complex era. Granted, every decade, century, or millennia comes with its individual nuances, and as time and technology progress, it’s nearly impossible to foresee what will happen next. One thing that can be predicted, almost without question, is human behavior. Across the span of human existence, the evolution of our reactions has been noticeably slower.

This is why the Biblical lessons are as relevant for us today as when they were the day they were written. It’s true, context is important and influential in discerning scripture. We don’t live under the same customs and constructs. We aren’t held captive by strict Jewish law which requires us to atone for our own shortcomings.

Understanding the nature of man, however, hasn’t changed.

Just as Christ himself is timeless, so are His teachings. In fact, much of we read, even in modern-day self-help books, include the moral foundations and philosophies of Jesus. His understanding of man, having created us and lived as a human Himself, makes him the deepest and most acutely-aware philosopher there will ever be.

One of my favorite examples, or rather the lesson in it, is the story of Jesus and the adulterous woman found in John 8. Jesus was traveling from Galilee to Jerusalem when a group of Pharisees dragged the woman before Him. Pharisees were known to focus on Jewish tradition and law in the strictest sense. They were the legalistic, spiritual executioners of their time.

The Pharisees were attempting to corner Jesus. “Moses’ Law says this. Are you above Moses’ Law?” was their angle. Would Jesus defy His own word? Would He say the woman’s adultery was acceptable? Or would He seemingly go against Himself and His teachings about love and forgiveness and side with those who were still stuck in the idea mankind could be ‘good enough’ to earn God’s salvation and mercy?

It was a shrewd, albeit not well thought out, move on the Pharisees’ part to snare Jesus.

Jesus, however, didn’t fall prey to their entrapment. He didn’t deny the Pharisees were within the law to stone the woman, but He exacted one, critical blow to their plan. In essence, Jesus told them they could judge and dole out punishment until they were up to their elbows in (metaphorical) blood–real blood would’ve been unclean by their laws–but only if they themselves were absolutely blameless.

Jesus wasn’t telling the Pharisees, “You can judge her and execute her sentence so long as you’ve been faithful in your own marriage.” That’s not how sin and judgment work. He was telling them, “If you’ve never fallen short in your life at all, in any capacity, then you can deal with her accordingly.”

As a principle of moral standard, God can judge because He himself is blameless. He is pure. There is no fault or sin to be found in Him. This is why He tells us in Matthew 7, “Do not judge, so that you won’t be judged.” We are not worthy of casting judgement as we have all failed and do so on a routine basis. Our desire for judgment further proves that.

As flawed people, it’s our duty to extend the same degree of mercy and grace God offers to us. He is under no obligation to do so. All that God offers us is based in love. Our kinship as equally-sinful humans should cause us to rise up, dig deep into our well of empathy, and find that dark place God rescued us from so we can identify with the wrongdoer and walk as a living example of Christ’s forgiveness.

While we may not be guilty of their exact crimes, we “all have sinned and fall short of the glory of God.” Romans 3:23

Though we sin differently, we are equally culpable. The only thing that sets us apart is that our sins have been covered by the blood of Jesus. We’re still guilty, but Christ served the sentence in our place. God requires us, a guilty party in some capacity, to forgive others who suffer from the same sin affliction. This isn’t a request He makes; it is a demand. It is a demand for our own wellbeing, though.

Jesus’ response to the Pharisees has become arguably one of the most quoted, even if not practiced, verses in the Bible: and as they continued to ask him, he stood up and said to them, ‘Let him who is without sin among you be the first to throw a stone at her.’

One by one, the Pharisees dropped their stones and left the woman alone with Jesus. What followed next was one of the greatest examples we as Christians have to look to: Jesus stood up and said to her, ‘Woman, where are they? Has no one condemned you?’ She said, ‘No one, Lord.’ And Jesus said, ‘Neither do I condemn you; go, and from now on sin no more.’

If Jesus, the pure and sinless reflection of the Father, says He does not condemn her, then we within ourselves, whose righteousness is as filthy rags (Isaiah 64:6), have no right to ever cast aspersions on anyone. We are redeemed through Christ and Christ alone.

Let us never be so arrogant as to presume we are justified in our unforgiveness because we have been redeemed. It nullifies the redemption and replaces it with another transgression.

Today, the thorn in our flesh is the same as it was then: self-righteousness. Our aspiration, rightness, is a noble desire. We all long to be right, to possess a broad understanding of life and to walk in truth. That in and of itself is a good thing! Because our flesh is not saved, however, that intent has been twisted into what we see now. We believe that because we manage one area of life well, we’ve somehow earned the role of the modern-day Pharisee executioner. We deem ourselves worthy because we don’t battle “big” sin.

This inevitably encourages a mean-spirited attitude towards those who suffer where we are victorious, and leads to a haughty and distorted view of ourselves. We exhibit no compassion because we have this sense of superiority, as if we’re somehow spiritually evolved, and those who battle what we esteem lesser somehow makes them lesser. It’s a most degrading and inhuman way to view God’s children, the same children Christ died for just as he did you and me. We are quite capable of unbelievable cruelty in the name of self-righteousness.

Romans 12:3 reminds of this for a reason: do not think of yourself more highly than you ought.

The point Jesus so lovingly makes to the adulterous woman and the Pharisees so eager to condemn her is that none of us are clean. We aren’t holier than another simply because we sin differently. There is no room for pride amongst Christians except for the pride we take in Him. We have all been foolish and heartless at times, perfectly deserving of Pharisees’ stones that many would willingly be cast our direction given the chance. It is God’s compassion alone that sets us apart. Our singular desire should be to mimic His selfless love and infinite mercy in every given opportunity.