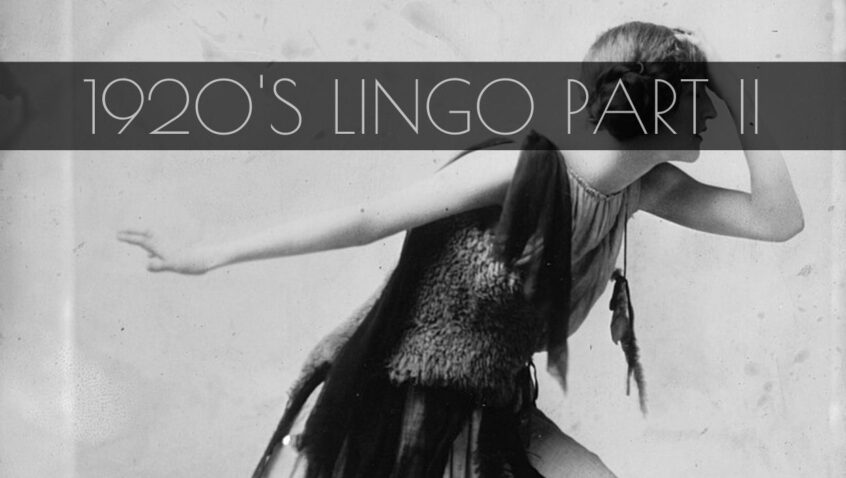 The roaring 20’s. A time of flappers, gangsters, and speakeasies. Words were much more evocative then, weren’t they? They sparked just the right image and emotion. They captured just the right meaning. Why else would we still be stuck on them today?

Welcome back to Part II of the 1920’s Lingo! If you missed part I, you can find it here. Is there anything more fun than 1920s lingo and slang? Granted, much of it revolved around women and drinking, but we have evolved since then. Even still, much of what we still say today has roots in the Roaring 20s.

While I’ve always been enticed by flappers and prohibition, I really began researching the subject for my upcoming series, FLUX. My main guy, Ollie, lived through one of the most fascinating decades in recent history, so putting this list together has been aces! If you love slang or time-period language in general, this one is for you. Be on the lookout for part III in the coming weeks.

What is your favorite term or expression? Do you still use any of these?