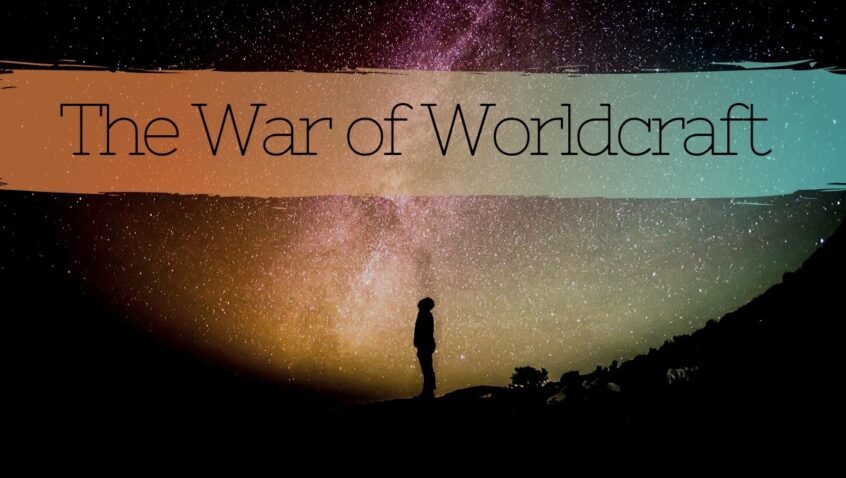 World-building is one of the most important factors of a good story. You’re dropping your reader into a place they’ve never been before, so it’s imperative they have a firm grasp of the world around them. Unique details make this place its own universe filled with distinct (and oftentimes inhuman) characters, a government with unusual politics, and unfamiliar social constructs. The author has to take into consideration factors like the weather, varying laws, architecture, landscape, history, settings, biological factors such as animals and plants, mythology and so on. The more fantastical the world, the more building is required. The reader must have a good grip on your reality. Remember, they can’t see your world if you don’t create it for them.

Certain genres involve greater attention to world-building than others, but all novels require facets of it to some degree. My young-adult novel Haven takes place on Earth but involves some non-human characters in extraordinary situations. The primary focus of my world-building revolves around the social structure of their society, the biological aspects of the beings themselves, some ancient history, a little architecture and mythology, and the law. This means I don’t have to worry about creating animals like a chimera or filling the heavens with a purple moon. A good look at your story will determine which aspects affect your world-building.

Not all worlds have human laws. The systems we’re familiar with don’t always apply in fiction. The further you are from contemporary, the more this needs to be established in your story. Limitations are vital to character growth and story tension.

This is an important feature in my series, The Willows. The characters don’t live by our rules, though they must consider our laws as they still live in the real world. My characters have their own social constructs and hierarchies. Different laws govern most aspects of their lives, and it’s very important that I make those laws clear to the reader. If the weight of their choices isn’t felt as it impacts their entire world, it defeats the purpose and loses power. What laws govern the world you’ve built? What are the consequences of breaking said laws? How far-reaching are those consequences?

Not all characters are human. Some are mythological. Some are superhuman. Depending on your genre, you’ll want to consider what exactly sets your being or species apart from mankind.

I don’t want to get into “what” my characters are (no spoilers), but you already know they aren’t typical, so to speak. While they have human traits, their biological make up is entirely different. The way they react to things in their environment (their preferences and requirements to thrive) are different from humans. It makes them what they are!

This is one area where clear detail is imperative. If typical things such as food and sleep don’t sustain them, something else has to. Just like humans, there are requirements and limitations to every character, so unless you’re writing some kind of deity (and probably even then), nothing is so powerful that it doesn’t have a weakness or some requirements to survive. Your characters are as much a part of their “world” as the trees, unicorns, or space stations! Are there biological or mythical aspects that set your characters apart? Make that clear to your readers.

This is an important and oftentimes overlooked tool when it comes to world-building. Many times, it’s the history that sparks the movement, but without understanding what triggered that great war or why a relationship is thriving, we lose out on what could easily be the motivating factor behind our hero’s relentless drive. History has the ability to shape your entire story, especially given it can be manipulated in the right setting. Imagine what a world would like if you could make our history books say anything you wanted.

The history behind my characters’ lives and situations is the basis behind the whole story. It’s the thing that drives the plot. If there isn’t a reason for the characters to behave the way they do, then the story is going to fail. The events leading up to my protag’s current state are the drive behind their social structure and law. Even if you don’t have the history in your story, it’s important to have it in your head. Cause must drive action, otherwise, it’s unrealistic and unmoving. How did your world come to be? What happened to create the current state your world and characters are in? How have your characters written or manipulated history to suit their needs?

This is huge in many genres but not altogether required in all. How droll might The Lord of the Rings have been were it not for hobbit holes and Helm’s Deep? Architecture can be a powerful tool in the right settings. Would a fantastical villain live in a flowery cottage or a dark fortress guarded by jagged cliffs and gargoyles?

For most of Haven, the architecture is modern and not particularly fascinating beyond showing she grew up in an affluent family. As the story unfolds, though, she’s introduced to a society with beings who value nature and bend it to their purposes rather than destroy it. In a world where the characters are as much a part of nature as nature itself, I had to find a way to incorporate that.

What about your architecture makes your story unique? Is it the design? Is it some valuable or rare material that’s never been seen or is it an endangered or valuable material? What makes it special, scary, peaceful, or threatening in your world?

For a lot of writers, the weather isn’t a big part of their story, but it’s a part of your world nonetheless. Weather is amazing for setting the tone. How dramatic might an epic battle scene be if it took place in a sunny field of daisies instead of a sky darkened by smoke and fire?

What happens if your character gets caught outside in a storm without an umbrella? In my characters’ world, nothing. They get wet. In Julie Kagawa’s Iron Fey world, they get melted by acid rain. How does the weather affect your world? Is the ozone layer damaged? Sounds hot and dangerous! Has the ocean risen to threatening levels? Have years of pollution damaged the Earth or is your character on a planet where it never snows?

We live in a technology-driven society. Information is literally at your fingertips. But if your characters live in a society where technology is limited or non-existent, how does that play into the relay of information? Do you have faeries walking around? Can they make potions? How about cyborgs? Do they have infrared vision? Can your mermaids enchant people? Or do your characters live in the 21st century where smartphones are a dime a dozen, and like the rest of society, your guy can’t function without telling his peers his every move through social media? What are the limitations? Explore how magic, technology, and superhuman gifts play out in your world.

Conviction: a firmly held belief or opinion. There is no greater drive in any story, fiction or otherwise, than conviction. Your source of conviction is open to countless positions. Showing this in your world-building might be one of the most important aspects of world-building.

Does religion or any form of societal beliefs govern your world? Do your characters’ beliefs align with their world’s? Why are these things important to the story? Are your characters at odds over warring beliefs? Are they willing to go to the mats over a moral injustice? Or do they live in a world where immorality (by your story’s guidelines) is rewarded?

Your world must have some code of standards to operate under otherwise there will never be conflict. A person does not act without conviction. It’s the one thing that is nearly impossible to manipulate without a masterful degree of effort.

In any world, not everything can be all work, all the time. Entertainment is how we relax and connect with each other. It shows the human condition. After all, storytelling can be found on every human-inhabited continent across the world. It predates Homo sapiens. Sports and other forms of recreation are nearly as old as mankind. Most species of animals enjoy playing.

How does your character’s entertainment bring them together with others or alienate them from society? How does their playtime affect their lives? Is there a new game or activity they can partake of with other cultures or beings? What lesson can they take away from their free time?

There are countless aspects to consider when world-building. Every tiny facet of life has to be addressed in some form or fashion and characterized if you want a clear and relatable setting. Each story will require more in some areas than others, but every feature is important to consider.

This is an updated version of a post I wrote in 2012. You can find the original post here.