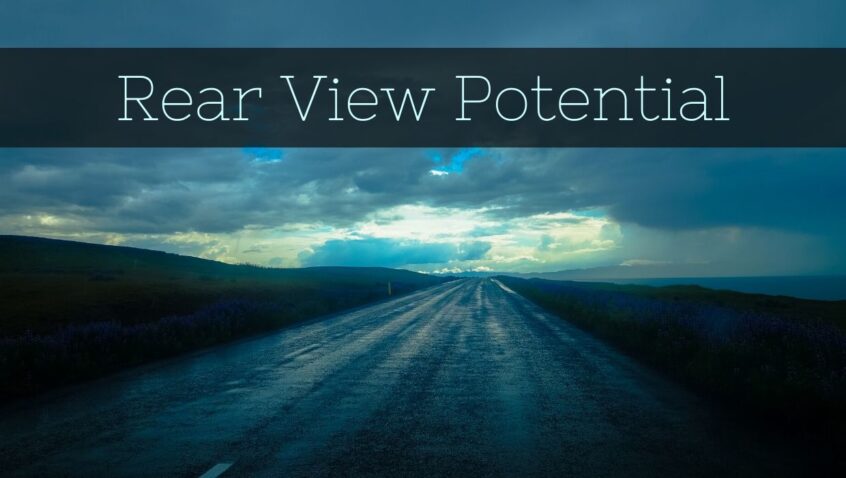 I have sort of a bad habit when it comes to relationships and sizing up humans. The foundation of my opinions is oftentimes based on (future) potential. I mentally acknowledge an individual’s gifts and abilities. I admire their strengths and imagine all the good they’re capable of. Seeing people for their potential is not necessarily a bad thing. In fact, it can be encouraging in helping them grow into a better version of themselves by getting them out of their own way and curbing self-doubt.

Contrariwise, some have a bad habit of forming opinions based on (past) reality. They see what people have done in the preceding years and assume that’s what they can and should expect in the future for better or for worse, though if we’re being real, it’s usually the latter. This is also not fundamentally a bad thing. Humans are much like systems: it’s rare they change in an instant or surprise you, at least not without some sort of catalyst. Forming your opinions on consistent patterns is justifiable as people will most likely repeat them.

Neither of these traits is inherently negative or something you need to adjust; they simply require that you acknowledge they exist. The problems start when watching for that potential becomes the sole focus of your relationship. You begin letting things slide because “they’re capable of so much more,” and you want to give them the chance to reach their full potential. Yet, time after time, they hurt you because you allow it. You also have to be mindful that you don’t miss out on something wonderful due to the fact you don’t believe the change you see is real. Meaningful opportunities fly by because your vision is skewed.

The key here is a balance in perspective.

Picture yourself driving a car, and you’re excited about your first trip to the sea. In your enthusiasm, you’re so busy trying to see the ocean on the horizon that you miss the truck slamming on their brakes right in front of you. Or perhaps you’re so intensely focused on what’s in the rearview mirror and already past that you don’t see the ocean is rapidly approaching, and you’re destined for a wet car.

This is what unbalance causes, and to be honest, it’s completely unfair to the person you’re applying the assessment to. You’re unwittingly binding their hands and setting them on a predestined course of your choosing. You’ve already decided what they’re capable of or who they are, even if it’s contrary to current evidence. I can’t think of much more damaging to an individual and their purpose than others’ unjust opinions and expectations.

Currently, a good example of this would be Kanye West. A portion of the country is talking about the terrible things Kanye did before he found Jesus, how it can’t be authentic because of the heathen he used to be. I’d urge this group to study up on the apostle formerly known as Saul, now Paul, who had Christians killed before he converted. And then you have another portion of the population predicting the spiritual fire Kanye’s going to set ablaze and what powerful things he’s going to accomplish now as a committed Christian artist. I’d gently remind that group that Judas was one of Jesus’ disciples, too. We all know how that worked out.

The point is, to apply either of those expectations in an unbalanced way is unfair. Kanye is working through his stuff with God. He is denouncing what goes against Christ and promoting what glorifies God. Right now. While we don’t dismiss what he’s done in the past–everyone has to prove themselves over time–we should disqualify him from making an impact. This is, of course, true of only seeing him for his potential, too. He doesn’t become a mature Christian in a matter of weeks or even years. Time, and more importantly our individual will, are the deciding factors when it comes to anything. Paul needed time to prove himself. Judas’ will couldn’t be swayed.

Kanye’s reception is merely a present example of how we all think or act at times. What matters is what we do with the present. Yes, we take into account both past reality and future potential, but don’t let either of those blind you to what is happening now. God’s will isn’t outlined by our past. In fact, God is very clear that our past doesn’t preclude us from doing amazing things. But God also isn’t solely focused on what we’ll be capable of in 10 years. Our personal ministry is a journey that takes constant correction. So yes, God works with both scenarios, but Jesus Himself told us in Matthew 7, “You will recognize them (an active statement) by their fruits. […] So, every healthy tree bears good fruit, but the diseased tree bears bad fruit. […] Thus you will recognize them by their fruits.”

God gave us instructions on how to spot the good guys (those who are genuinely working at it) and bad guys (false prophets). Check their spiritual fruit. I don’t know what will become of Kanye West any more than I know what will become of my closest friends. What I do know is that God called me to love them, to pray for them, and to uplift them in any way I can. So rather than make attempts at figuring out who will thrive or meet their potential, my job is to find balance and show the example Jesus has shown time and time again. That’s it.

But check your predictions at the door and just allow people a chance to prove themselves.

Don’t limit yourself or anyone else. Don’t play a game of who is going to succeed or who will fall short based on something that is either already over or hasn’t even happened yet.

Give people the chance, the encouragement, and the love to bloom without adding your own expectation to it.