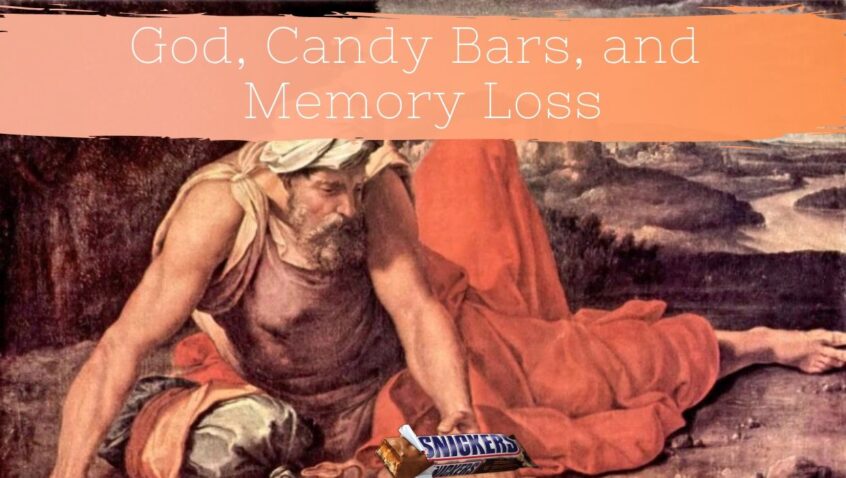 I was reading the story of Elijah this morning, and I couldn’t help but laugh. We see similar themes all throughout the Bible, detailing God’s promises and blessings as well as His warnings and eventual consequences. Yet people tap into their inner child, eyes wide and mouths agape, and act like they’re surprised when the faultless God follows through.
But today, I was particularly struck by the example of Elijah dealing with the prophets of Baal. If you’ve been a Christian any length of time, you’re probably familiar with the story, but I’ll give a quick recap just in case. God told Elijah to confront the issue. Elijah told the prophets of Baal, and I’m paraphrasing throughout this post, “You get your sacrifice ready, but don’t light the fire. If your god is real, ask him to do it. Afterward, I’ll do the same.”
The prophets of Baal went through their process. They stacked their wood, laid out their sacrifice, danced, chanted, and cut themselves for the entire day. Nothing happened, and Elijah literally laughed at them, even going so far as to say, “Hey, maybe he’s just out taking a leak! Or maybe he’s asleep. Shout louder!” They actually started shouting louder. This is where we stop reading and shake our heads.
Next up, Elijah followed suit, designing the alter as God instructed. He stacked the wood, laid out the sacrifice, and then had the Baal crazies repeatedly pour water over everything until it literally pooled into the trenches he’d dug out around the alter. He called upon God, and, man, did God deliver. Every part of the sacrifice was consumed with fire until even the pools had dried up.
The prophets of Baal were put to death, and the people of Israel, yet again, got back on the right track. Side note: you’d think after Noah’s flood, Lot’s wife, the plagues of Egypt, the parting of the Red Sea, the walls of Jericho, the 10 Commandments, and countless other miracles, Israel would have its act together, but like all humans, they repeatedly got caught slipping.
By this point, God has worked through Elijah to bring about numerous prophesies, warnings, and miracles. So, Elijah warns Ahab, Israel’s king at the time, “Hey, we’ve been in this drought. God’s about to send some serious rain. Get on home before it hits.”
Sure enough, the storms come.
Jezebel (crazy Ahab’s wife) is furious with Elijah for what happened to her sadsack prophets. She swears by her false god, “Bro. You killed my guys. I’ll kill you before the day’s over.”
You guys, the Bible says, “Elijah was afraid and FLED FOR HIS LIFE.” He literally ran away. After all the miracles, after all of God’s promises, my dude tucked tail and bolted.
After this, Elijah holed up under a tree and full on went drama queen. “Just let me diiiiieee!” His words, my emphasis. Can you imagine God at this point? I can hear Him (in all my faulty and sarcastic humanity) going, “Seriously? I stopped the rain. I used you to foretell things that had not yet happened. I literally rained down FIRE, bro. You don’t think I can manage this? Y’all wear me out.”
Let’s take a moment to laugh but also admit we are every one of us a little bit Elijah at times. And can we each toss up a heartfelt, “Thank you, God,” for His infinite patience? Because, oh my gosh, it takes every ounce of mine on the days my daughters are in their feelings.
So God sent an angel to Elijah after he pouted himself to sleep under that tree. I can imagine the angel kind of toeing Elijah like, “Dude, obviously you needed a nap. God sent you a snack. Quit acting like a toddler and eat something.”
Y’all, God is the Snickers OG. “You’re not you when you’re hungry.” Snickers words, not mine. Or God’s. But the principle applies. When you’re hungry or sleepy, don’t try and figure things out. Don’t make life-altering choices or requests. Just get some distance, take a nap, have a snack, and get your head back in the game. 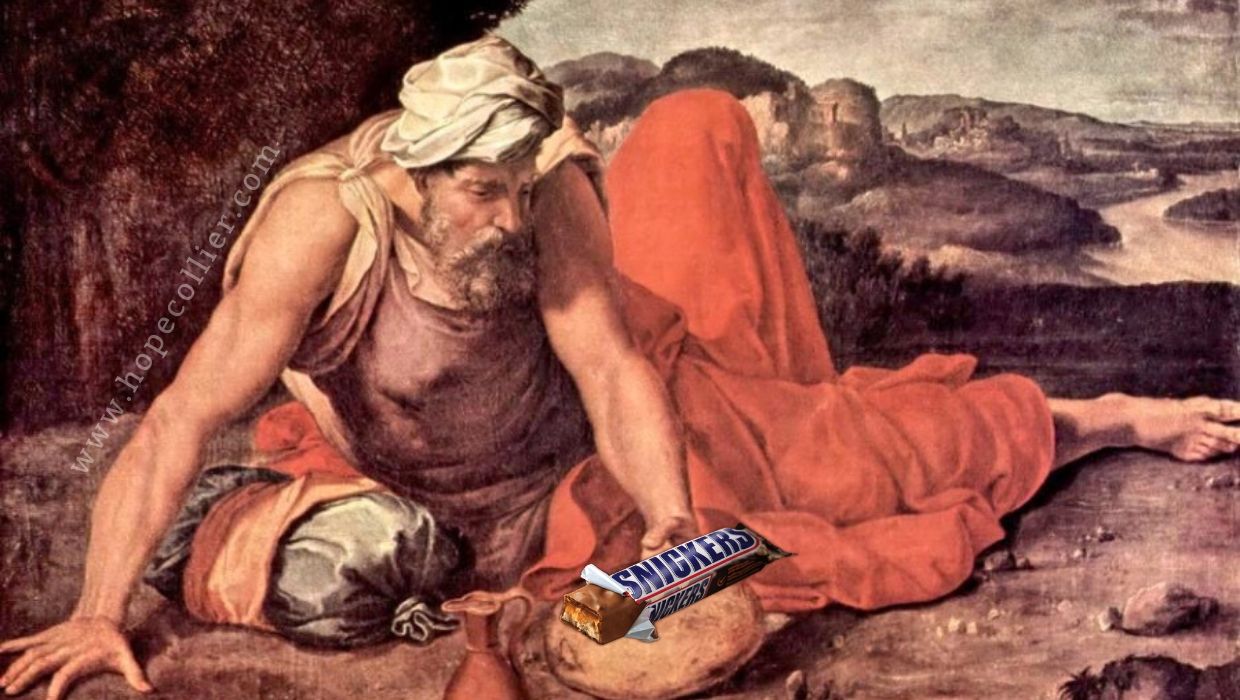