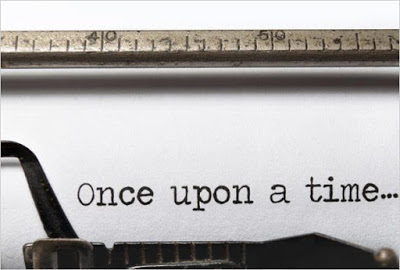 YA. Young-adult. Teen reads. However you want to say it, it’s a genre that’s been up in the air for the past decade or so. By publishers’ standards, it’s generally accepted that the main character falls between the ages of 12-17. Since the dawn of novels like Twilight, readers’ ages have branched out in both directions. In fact, according to Publisher’s Weekly, over half of readers who choose YA are in fact over eighteenwith the majority being in the 30-44 year old range.

With readers being older than the characters they’re reading about, YA novels have a taken a hit for being “unrealistic,” “immature,” or “over-the-top.” While I agree those issues can pose a problem, I think many forget the true age of these characters. Don’t you remember being seventeen? Just getting out of bed was cause for melodrama. That’s the life of a teenager. I was a pretty reserved and level-headed teen, but I also remember that feeling of can’t-live-without-you first love … the love I thought would last forever. I remember the pain of not fitting in and constantly worrying about saying the wrong thing. Of feeling like a total pariah because I was different than everyone around me. Of getting stressed because my skin wasn’t cooperating or freaking out because my favorite shirt was dirty, and I as supposed to meet my friends at the mall in an hour.

Everything in my life was a code: blue, the-world-is-on-fire, how-can-I-continue-like-this level of importance.

And that’s how it should read in YA. People want to hate on insta-love. They get down on conflicting emotions and love triangles. They hate that characters seem “weak” or “indecisive.” But at seventeen, it’s impossible to decide what outfit you’re going to wear that day let alone what your future holds, relationships or otherwise.

We’ve lost sight of what drew us to YA to begin with: the innocence and the passion in each aspect of life. It’s the time when you feel the strongest, the purest. You aren’t jaded by the soul-sucking aspects of adulthood. You’re free to feel things at their fullest, without reservation. You throw caution to the wind, and you live. That’s the beauty of being a teen. It’s not an excuse to act out or be reckless. There are boundaries even in youth. My point is, as a teen, you’re a walking ball of crazy, and that’s how it’s supposed to be.

So, the next time you pick up a YA novel, appreciate the struggle of your high school aged character. See life through their rapidly-changing lenses. Relish in the victory being asked to the dance by their crush. Weep at the loss of their first love. Feel with every part of your being because you know they do.